Very Exciting News:  The three Renewable Energy/Zero Carbon ordinances (see details below) that we have been working so hard for passed on third reading at Tuesday’s Nashville Metro Council (June 4) meeting with zero “no” votes!!! 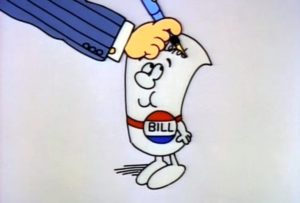 That means that they are now law!!

This is really a big deal.  The fight against climate change is going to require action at all levels of society (individual choices, corporate choices, institutional choices, and government policies).

The Nashville Metro Council, with the incredible leadership of Council Member Freddie O’Connell (including having lots of conversations with the Mayor’s Office, Metro General Services, and his fellow Council members) and with a groundswell of grassroots support (that’s you, including having around 80 of our people present for the crucial second reading vote), demonstrated that it is willing to do its part in that fight.

These historic ordinances move Metro operations to very close to zero carbon emissions over the next couple of decades with clear benchmarks for getting there along the way.

Two of the ordinances passed by voice vote and the third one (the 100% Renewable Energy Portfolio ordinance BL 2019-1600) passed on a recorded vote with 28 yes votes and 1 abstention.  The one abstention was from Jeremy Elrod, who abstained because of his position as Director of Government Affairs for the Tennessee Municipal Electric Power Association.

Here are the three ordinances that are now law:

*BL 2019-1598 will require that all motor vehicles owned by the metropolitan government be zero-emission vehicles by the year 2050. By 2030 50% of the vehicles will be low or zero emissions.

*BL 2019-1599 will retrofit a number of Metro owned buildings and lower their energy usage.

Narrated by Emmy & Golden Globe winner, Rachel Brosnahan, “Paris to Pittsburgh” brings to life the impassioned efforts of individuals who are battling the most severe threats of climate change in their own backyards. Spotlighting the cities, states, businesses and citizens taking action, “Paris to Pittsburgh” explores the very real social and economic impacts of disasters on everyday Americans and presents the stories of their recovery and resiliency. This National Geographic film also captures what’s at stake for communities around the country and the inspiring ways Americans are responding.

Following the screening, Dr. John Heil, Emory & Henry professor and host of the WEHC radio program on the environment, and Ted Jackson, President of Green Interfaith Network and board member of Tennessee Interfaith Power and Light, will lead a discussion on climate change and offer volunteer opportunities in our area.

Refreshments will be served. All APEC and GINI programs are free and open to the public.

The summit will bring together United Methodists and others from congregations, annual conferences, agencies, institutions of higher education, and other organizations at all levels of The United Methodist Church.  We will: 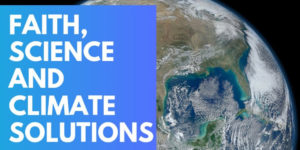 en well received and full of insightful, faithful conversations about the intersection of religion and science. With three more stops to go in your states, we hope you will take advantage of this unique opportunity and join us to continue the conversation.

Religion and science are not in opposition on the issue of climate change. Science has a great deal to teach us about both the urgency to act and the solutions that are at hand. Our faith informs the actions that we take to care for Earth and all of its inhabitants. So how do people of faith and conscience seize the moral opportunity to lead on the most important issue of our time?

Join me, Rev. Susan Hendershot, president of Interfaith Power & Light, and Ken Kimmell, president of the Union of Concerned Scientists, as we undertake our first joint speaking tour to have faithful conversations on the intersection of faith, science, and climate solutions. We will be joined by leaders from Interfaith Power & Light state affiliates in each location, providing local context and opportunities for action.

Hope to see you there!

The city’s municipal utility, TVA’s largest customer, has launched a study to explore whether it can save money by breaking away from TVA, possibly by developing or buying renewable energy sources like solar and wind. Memphis’ move, encouraged by environmentalists who have laid out a road-map for transformation, comes as other large cities in Tennessee—including Nashville and Knoxville—are encouraging TVA to transition faster to renewable energy.

The mission of the Tennessee Interfaith Power & Light is to spiritually respond to the challenges of the climate crisis through upholding the sacredness of all life, protecting vulnerable communities, and caring for the Earth. We demonstrate our spiritual values by reducing our carbon footprint within our daily lives, releasing the spiritual power of our faith communities, and advocating for transformative climate protection and justice policies. 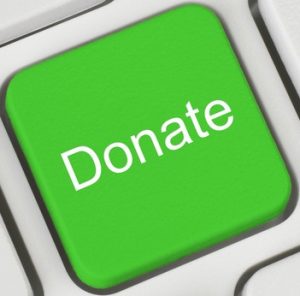